AI has made numerous advances in healthcare, but can it predict a heart attack better than our top doctors? Ai Works takes a look.

EDITED: we put the question to our followers on Twitter, see the results at the bottom!

Google-owned health tech company Verily recently used machine learning to predict whether or not patients were at risk of a heart attack in the next five years.

And they did it without taking a single blood test or asking patients if they had any of the risk factors associated with heart disease, such as a smoking habit.

Instead, their software analyzed images of patients' eyes and from this deduced patients' age, gender, smoking status and blood pressure with remarkable accuracy.

From that, it was able to predict their likelihood of suffering a heart attack within five years.

Their algorithm was trained with a dataset of nearly 300,000 patients including eye scans of their retinas. It used computer vision to identify visual patterns in the retina images, and neural networks to mine for patterns between these images and the known data on the patients’ risk factors for heart disease.

The result? A deep learning model which, when validated on a separate data set of 12,000 patients, was able to predict with 70% accuracy the risk of a heart attack.

Google has built a machine that can look into your eye and tell you if you'll have a heart attack, and one which, according to the paper, can identify which aspects of the eye indicate your risk:

“We also show that the trained deep-learning models used anatomical features, such as the optic disc or blood vessels, to generate each prediction,”

which fits with our existing knowledge that the rear interior wall of the eye (the fundus) is full of blood vessels which indicate the body's overall health.

This all sounds a little Blade Runner 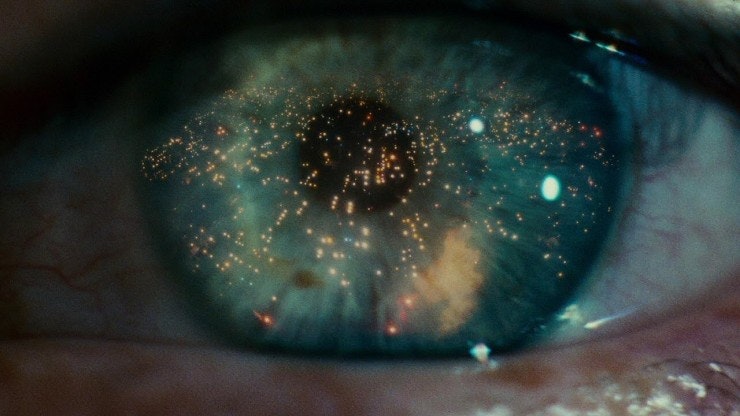 But how does it stack up against humans?

The most commonly used metric for predicting the same risk of cardiovascular event is the catchily titled Systematic Coronary Risk Evaluation or SCORE (handy that acronym worked out, eh?)

It was also developed by looking at patterns from a large dataset, but, crucially, no machine learning was used. Instead, doctors identified the factors that we medically know increase risk of heart attacks (systolic blood pressure, cholesterol levels, age, gender and so on).

They then correlated data on those metrics (in a dataset of 250,000 patients) with whether or not the individual suffered a cardiovascular event over a 10-year period. From this they created a chart

When tested on the same dataset used by Verily, the SCORE chart fractionally came out on top, predicting with 72% accuracy the likelihood of heart attack compared to the Ai's 70%.

It would appear that the human model has the edge for now. But when you consider that the AI method only requires an image of the retina as opposed to blood tests, the potential for rapid diagnosis, especiialy in underdeveloped or rural areas, is incredible. We know that people are more likely to attend non-invasive medical appointments, so this could lead to heart disease risks being caught earlier. Moreover, the AI's ability to identify patterns between symptoms and disease previously unknown to us could be vital in the future of diagnostics.

So, are we headed towards a day when people experiencing chest pains snap a selfie of their eye rather than call an ambulance? 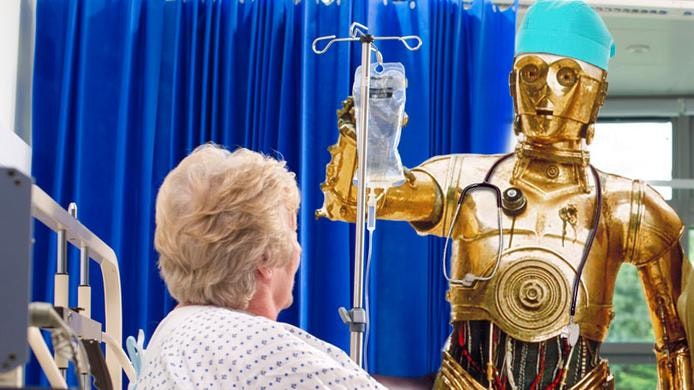 Well, not quite. But when it comes to diagnosing the immediate risk of heart attack, artificial intelligence already plays a part.

In fact, doctors using data, and indeed computers, to pattern match is nothing new. In his book Blink, Malcolm Gladwell tells the story of cardiologist Lee Goldman, who used computer-driven statistical analysis in the 1970's to develop an algorithm that predicted immediate risk of heart attack. When tested in the real world, it outperformed human doctors, correctly identifying patients at serious risk 95% of the time, and repeated studies have confirmed strict adherence to this algorithm as the most effective method.

Goldman arrived at this algorithm by running the details of hundreds of heart attack cases through a computer, and drew up the results into a decision tree which doctors can use when deciding which patients to admit based on just four symptoms.

So if you are admitted to hospital with symptoms which seem like they might indicate a heart attack, a human doctor may treat you but their decision-making might be based entirely upon an AI-generated algorithm.

We asked our followers on Twitter, and the results were.... a draw! Tune in to next weeks article to see if there is a clear winner between Lawyers and AI.